Warning: This is a bit of a rant. 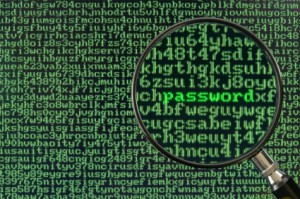 You see, earlier today I set out to write a post here on Cloud computing and how it affects us and how I believe it will change the way we do almost everything in the very near future, but I discovered my site was down. Don’t worry, I’ll get to that Cloud post later. You see, I have this duffweb.com site (and many others) hosted at GoDaddy. And apparently there were millions of others today who also couldn’t get into – or view – their sites hosted at the bosom-wielding, NASCAR-sponsoring behemoth.

Some say that GoDaddy had it coming. A sort of cyber karmic inevitability. After all, they supported the very unpopular SOPA, they spend millions annually on overtly sexy/sexist ads and they’re totally unapologetic in their methods because they’re doing quite well, thank you.

I can agree on some levels with the dislike but I love that fact that if I have a problem I can call the GoDaddy support line and someone located in the US answers the phone, and my questions. Founder Bob Parsons also has a very informative (if not completely over-the-top) video blog sharing his tips for success.

The Anonymous hacker (who claims he is the “Security leader” of that cyber terrorist group) tweeted that he did it on his own behalf and it was not the “collective” that did it. He also tweeted that it was done to “…test how the cyber security is safe…” in his not-so-great English.

I too like to help. For instance, if I’m on a website that isn’t functioning correctly and there’s some code broken that I know how to fix, I’ll write to the webmaster and let them know. If there’s an older woman who can’t reach something easily that’s up high in a supermarket, I’ll reach up and get it for her.

And don’t get me wrong, I’m all for a good joke too. I have played some pretty good pranks and have been recipient of some great ones as well.

And I’m a HUGE fan of displays of competence. I think any true sports fan is. Being able to show that you really KNOW how to do almost anything is just flat-out cool. 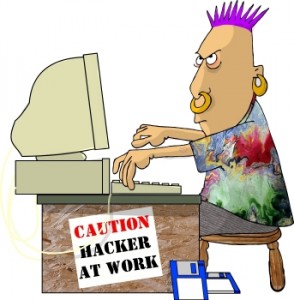 I guess where I have difficulty with the hacker mentality is at that point where the “I bet I can…” becomes “Hey, I did it. Now what? I’ll mess it all up to prove I did it.” Um. Sure. That’s one way to approach it.

I tend to draw the line on a prank at that pivotal point where someone actually gets hurt – especially someone who wasn’t even the target of the prank! It’s uncalled for. And it’s not funny.

It may even be impressive from a technical standpoint, but I think the only agreement you’d get at that point are from those who also revel in others getting hurt. And boy, are THEY a fun group to hang out with! That was my MA sarcasm popping up, in case you wondered.

Anyway, I know there are evil people in the world. The News is quick to remind us of that multiple times a day. The hacker who took down millions of other people’s hard-fought work “just because he could” is evil. He could have cleverly sent the Security guys at GoDaddy an email exposing the flaws and saying “here’s a bill for $50k. I just saved your butt.” He could have swapped the main photo of a famous GoDaddy girl Photoshopped wearing a clown outfit with a note on it saying “Your servers are not secure.”

He could have done a lot of things that didn’t affect millions of others. That clown one would have been hysterical, actually. But that’s not the game. That’s not evil. And it’s too bad.

These guys say they’re not in it for the money. OK. Maybe they’re just the type of people who are interested in revolution for revolutions sake. They crave the power of the conflict and the power of what chaos they can inflict upon others.

Sometimes it’s unfortunate that we care. In today’s News-hysteria, media-blitzing, drama-soaked world something like this can’t just be ignored. But just think: if the boob who did this hack realized no one would care before he even started, if everyone just turned away and yawned, maybe he’d go play his video games instead.

Then again this type of person (and yes, I am generalizing now) isn’t happy unless someone else is unhappy. They can’t rest (ever) but especially unless there are others they can affect in some way to feel powerful.

It’s sad that they need that kind of thing to feel that way.

So now to get to the question this post title eluded to: “Hackers: are they misguided or malicious?”

And right now I’m assessing whether to move my existing sites from the boobs of GoDaddy to another host or if that was the total reason for the attack (having people leave GoDaddy) then I will stay because I don’t think terrorists should ever win. Ever.