What IS a CDN?

CDN stands for Content Delivery Network and simply put, it’s a series of computers in multiple data centers strategically scattered throughout the world available to deliver content. Did I say “simply put”? OK, stick with me.

What does a CDN do?

Let’s say you have your website hosted on a server in Los Angeles (hosted means your files are physically located there) and someone in the UK wants to view your site. Their local ISP (Internet Service Provider) sends a request for your site information and finds the files sitting on a machine in Los Angeles and also asks to grab them to display to this end user. Simple enough.

The trouble is, those files physically have to travel across the world, through dozens of connected servers until it finally gets displayed to the UK end user. This is due to the fact that there’s no single connection from anywhere to anywhere else. World wide web means what it says! This round trip from request to display can be through as many as 60 or more different servers. If you have only text on your site it won’t be so bad because small amounts of information will travel “fast enough”.

Not to be too technical, but above is a screen shot of what’s called a Trace Route. This is the route a request takes from my Modem in NYC to the closest Google server – 12 different computer stops – and Google is everywhere!

But let’s say you have a modern website that has lots of big, bold images and videos. That’s a lot of information!  And all of it has to travel that same distance through that same network of servers. Micro stop, after micro stop, after… You get it, it’s slow. Even though it’s only fractions of a second on each micro-stop, it adds up to time. And nobody likes to wait.

Content Delivery Network companies have servers located all over the globe for the best coverage and speed. When you sign up they make a copy of your site files and add them to each server on their strategically planned global network.

Let’s say that person in the UK goes to another site, also hosted in Los Angeles, but this one is using a CDN. The site code says: “Hey bro, don’t bothah goin’ all da way to LA for da files, I gotcha covahd. You can get ’em wicked fast at da CDN servah right heah in London.” Bada-bing: speed. Yes, I think code speaks like it’s from South Boston.

Will having a CDN affect my Google ranking?

The short answer is yes, almost definitely, in a good way. The longer answer is that Google, Bing, Yahoo and every other search engine uses how fast your site loads as part of their formula on where your site ranks. It means if your site and a competitor’s is equal in every way except theirs loads a little faster, you’ll be placed behind them in the ranking.

Does a CDN work with secure sites? 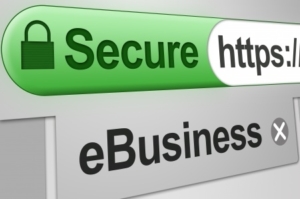 If your website has an SSL (that’s a secure certificate used to encrypt your site files for security, you’ll see a lock or an “https://” in front of your domain when you have one), you’ll be fine. Most CDNs have a system in place for this, and if one you’re looking at doesn’t, find another.

Speaking of SSLs, you’ll want to have one on your site sooner than later as Google is beginning to rank sites higher who have them (that’s going to be my next Blog post).

Does my site need a CDN?

Answering these questions will help determine that:

If you said yes to any of these, you’ll probably get some benefit to using a CDN.

How do I get one?

Here are some of our favorites: 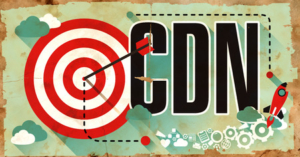 CloudFlare – These guys are very good and they have a free plugin for WordPress which you can use and get a nice little boost. They have paid services too which give you more flexibility and coverage.

MaxCDN – These guys are good, not very expensive and easy to implement. However, they just merged with another larger company so we’ll hope that the good work continues. Seems they are also becoming part of a security package like Sucuri.net (the hands-down security fav of ours).

Exeda XCDN – This company is the offspring of Akamai, which is the biggest CDN company on the planet. A very large percentage of the internet goes through Akamai. Akamai is enterprise level and delivers content for LOTS of very large companies. Air B&B, eTrade, Fox Sports, the NBA, MTV, MSN, Ikea, Starz – you get the picture. XCDN has lots of packages to fit all size company.

CloudFront – If your site is hosted on Amazon, you should be using this AWS (Amazon Web Services) CDN product. There aren’t many companies on the planet with as many data centers as Amazon. They also handle some huge companies. The geek factor with this is really high so you’ll probably need a firm like ours to do it for you.

This is, of course, where I tell you that we can implement a CDN for you. Drop us a line here and let us know you want some help. We’ll take very good care of you.